Her birthday is coming up. My daughter is turning four. She is my second born, but she was also my first in many ways. From even the earliest of pregnancy symptoms, I knew that my pregnancy, and her whole being, would be drastically different than with my son.

I danced with nausea for weeks when she was in the womb. With my son, I felt twinges of sea sickness… but nothing more. With her, fatigue rocked my world on every turn. That pregnancy week by week I felt things that made me question my health, her health.

But with each appointment, each visit with the midwife, each sound of a strong beautiful heart beat, my fears were calmed. I was reassured that each pregnancy could and would be different.

Four years later and sometimes I forget, though in my heart I know there is no way to compare my children. I still need the reminder. Each child begins in their own way, grows into their person so individually.

There is no way to compare her to anyone.

And now she is nearly four and is a force all her own.  She challenges me on a daily basis with her stunning wit and questions and sense of adventure. From the moment she was born she hasn’t stopped moving or talking or being her for a second.

I wouldn’t have it any other way. 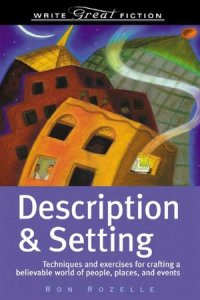 And here we’ve made it to the end! I hope this book has encouraged you to stretch your descriptive muscles, given you some new ways to pinpoint what you mean to say, and opened up your view of the devices we can utilize to add depth and color to our writing.

Last week, we read the final chapters, and I asked you to try to:

Were you able to do that? Here’s an example I have. It’s from a short story I wrote called “The Gelaterie”, about a woman who goes to her favorite gelato shop, as is her habit, and in acting out the scenes of her daily routine, we begin to see that things are not so routine after all. If you’d like to read the story, I’d recommend you do so before continuing this post because I’m about to give away the crux of the biscuit – which will also make more sense if you have read the story.

So, in this following example, I reveal the prime motive and conflict in one paragraph:

She was just two blocks away from her apartment, but she couldn’t make it. She couldn’t get there because she knew when she walked through her front door, there would be no Mr. Keane. There would be no Charlie. There would be no lights on in the living room and no pasta simmering on the stove, with a husband and child waiting to greet her and tell her about their day. There would just be emptiness. An empty, dark gaping hole of an apartment with sympathy cards on the table instead of dinner plates, unanswered messages from her sister instead of kisses from John, and faded flowers in murky vases and frozen casseroles from the ladies at church, instead of Charlie’s untied shoes littering the floor and the free-wheeling croon of the Snow Patrol album John played when she wasn’t home so she couldn’t lovingly mock him.

So in the course of the story, the big reveal is not a bold statement about what happened. It’s in the details of the setting, specifically the apartment. All the things that aren’t there, and the things that are but the main character wishes they weren’t.

Do you want to try your hand at it? Give it a go and link it up!

Next week, I’ll share a short article on how to write a novel. A few people have asked me how I even begin the monumental task of writing a book. Well, for me, it does not begin with the first sentence. The principle part begins long before that! 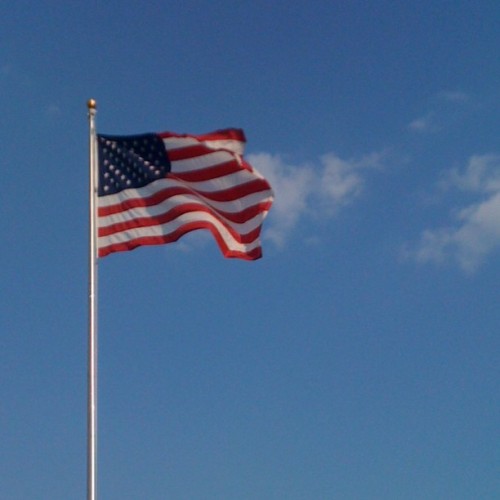 from last week’s pool of shots by This Heavenly life

Often just like writing, inspiration for a photo comes immediate and you simply must capture the moment. Other times picture taking is less inspired.

In the spirit of creativity that is being nourished here on this site and in your hearts, we’re bringing back Bigger Picture Captures.

Each Wednesday a thought, a word, or a moment will be shared and you will have the opportunity to capture the creativity with your lens and share it.

No need to worry about blogging it (unless you want to of course) or linking it up. All you have to do is Tweet it, facebook it, or Instagram it.

We know that a lot of you are participating in the P365 or P52 challenges. This is  a little more creative inspiration to get your camera out and take a picture of something different.

Use #BPCaptures anywhere you are collecting your pictures, and get ready to CREATE!

On an every day basis I follow my bliss. It is just that simple and it keeps me positive even on negative days.

Today’s prompt is easy. Follow your bliss… and capture it.

What is your bliss? I can’t wait to see how you interpret it today.